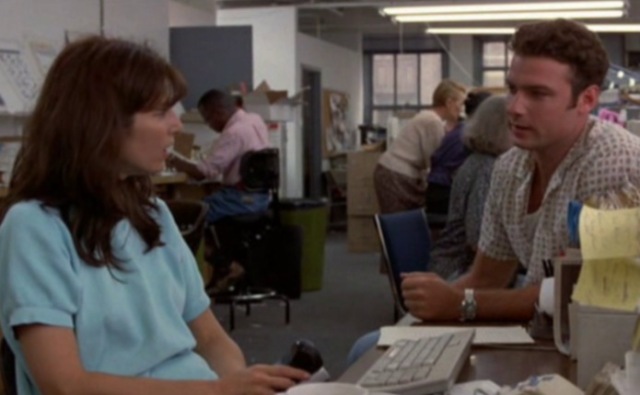 This volume, the average rating is 6.4/10, and the film of the month is Out of the Blue. Follow @halfacanyon for more.

At first, I was disappointed with the improbability of the storyline. Then I remembered that it’s based on a true story. I was terrified and couldn’t go to sleep.

If I was to imagine some of my friends, I would be drinking coffee with Cherkhelski, a burglar who stole a woman’s diary during a botched job, then fell in love with her. Her name is Clarissa, who explains it all by eavesdropping on her flatmate, Stephen, who is a sleazy librarian. As a sleazy librarian, he asks out the women taking out books, offering himself as a viable alternative, before resorting to using the computer database to pluck out a few phone numbers.

What if you woke up to find out everything was a dream, and everyone you thought you knew or met over the last few years were just creations in your imagination? So, you wake up. The last few years didn’t happen. That means the film you saw last night never happened, apart from in your imagination. So you wrote A Nightmare on Elm Street. Just wait until déjà vu, and you have a sequel on your hands.

Sandra Bullock is so quirky that she talks to her hamster. So quirky, in fact, that no one wants to know her. This leads to a bizarre and creepy portrayal of Bullock stalking Steve – she makes a crossword called ‘All About Steve’ which is, unsurprisingly, all about Steve – by traversing across America in pursuit of him. This is painfully unfunny, but flimsily watchable – there is rarely a slow moment, and when it begins to lag, a tornado is thrown in for good measure.

During one of Children of Men’s impressive one shot takes, blood is splattered onto the camera, making the viewer a voyeur. This attitude means the viewer/voyeur isn’t insulted with explicit exposition in a believable dystopia that doesn’t resort to sci-fi. Interestingly, the film is set in 2027 – in 2028, will we be watching the collapse of society, even if we don’t own a television?

I’m not religious, but I do have a mild phobia of children. In fact, I turned from an agnostic to an atheist half-way through The Exorcist, which probably lessened my appreciation. I may have been watching alone in a dark room at 2am, but I should have lived a life of Christianity beforehand to achieve the full experience. The Devil would be disappointed there wasn’t a more exciting portrayal of himself. It’s a good thing he doesn’t exist.

At least C.K. is still around. 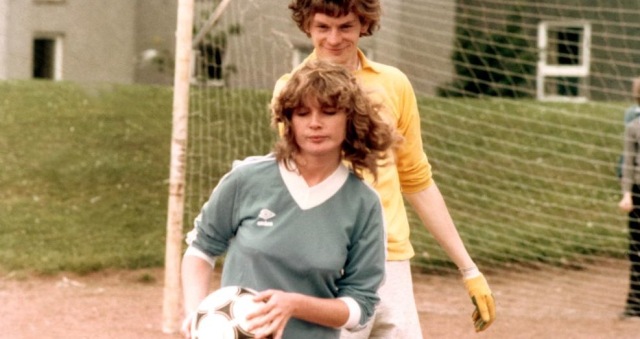 This coming-of-age comedy is certainly sweeter than Bend it like Beckham, another film with a female footballer for a love interest. Most of the charm comes from the innocence of the protagonists, with adolescent shyness being portrayed quite realistically (apart from the third act, which I’m confident has never even been attempted in real life).

Gregory’s Girl is often praised and remembered fondly for its lack of crude behaviour (by many film scholars, friends, other human beings and the previous paragraph above), but they actually spy on a woman changing through her window in the opening scene. Don’t forget to close the curtains, readers.

It is hard not to love this film. I didn’t try, so that’s a strange opening sentence. Also, Edgar Wright really loves cutaway shots. He must be really quick when it comes to chopping asparagus.

Should there be more tragic robot love stories? Well, probably not, but I’m Here is a surprisingly moving example of one. Unfortunately, I’m Here helps to spread the problematic belief that male robots are romantic pushovers – look at the toaster, then try to tell me it has emotions.

The premise is that by 3001, the average human IQ will be about 20, so this is 90 minutes of watching people with an IQ of 20. The experience is rather like an inverse version of the writer’s animated project Beavis and Butthead, except the joke cannot work if everyone is as dumb as the eponymous duo. Of course, if Mike Judge’s prediction turns out to be true, then Idiocracy is going to be extremely popular in 3001. But just not yet.

A man makes a career out of writing suicide notes for people before they die. He then goes to their funerals to judge the reaction to these notes. He ends up dating the oblivious sister of one of his dead clients. His suicide notes are supposedly well-written. One of them even won a Whitman award. Yes, seriously. And that bit’s not even meant to be funny within the context of the film.

Judging from that plot synopsis, you have to wonder whether this is a comedy. There is a hint that it is a comedy because the opening scene features Ray Romano (although I would argue that this is a sure sign there will be no comedy involved (ha ha ha)), but no, not a single attempt at humour throughout. With such an absurd plot, there can be no gravitas (or gravity, actually) towards drama (or the orbited sun, I suppose), especially when the male protagonist is an unintentional parody of a misunderstood introvert. Luckily, the viewer is informed that he is attractive to women because he is quirky – we are repeatedly told this because he lives in LA without owning a car.

Moon is a fantastic mystery that is paced to heighten the suspense, until the twist is revealed and you want to curse the actual moon. It’s still worth watching, though.

Some may only know about Out of the Blue because it’s heavily sampled in a Primal Scream song, and was initially banned for being too disturbing, or perhaps you heard that Dennis Hopper took over directorial duties half-way. His character is a punk menace who only really appears in the middle of the film, when released from prison, leaving his daughter, played by Linda Manz, to take centre-stage. And she really does.

It is the words of Linda Manz that Primal Scream sample in ‘Kill All Hippies’, and her lines may sound trite and comical – “Anarchy… disco sucks… punk isn’t sexual, it’s just aggression…” – but that’s her character. In the role of Cebe, she is just a teenager walking around the streets at night with a self-made denim jacket embroidered to pay tribute to her deceased hero, Elvis. Her aggressive stagger and clothing should give her a punk image, but she ends up looking her age. For a few seconds, she takes pleasure in hitting the drums, an invigorating experience also shown in Gregory’s Girl, which should make it a must-have for any coming-of-age film.

Piranha 3D knows that it isn’t an example of fine filmmaking, and goes ahead with being as ridiculous as possible – there’s an underwater lesbian ballet sequence, a piranha smiles while eating a penis, and they didn’t even release a 2D version to cinemas. The unapologetic sleaze and gore makes the film hard to review because it wants to be given 0/10 or 10/10, which is why I’ve illogically awarded it 5.5/10.

If someone says that it’s a no-brainer, within two seconds you will see the inside of a skull with the brain scooped out. The action is that predictable, but, to be fair, it’s not a bad joke. 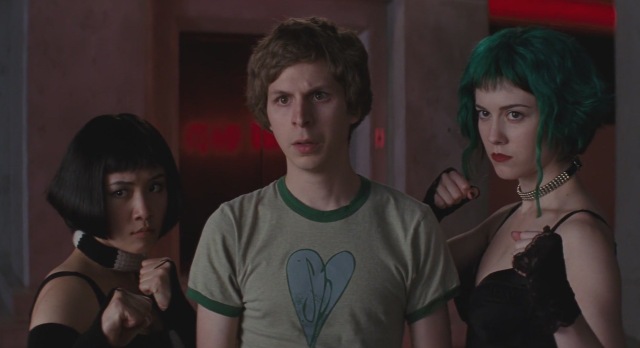 My expectations weren’t that high – I read the six books Edgar Wright based the script on, and was mostly underwhelmed. Given that the final product is so faithful to the comic books, it is a credit to Wright and the cast just how much I loved this film.

The film sounds like no other – scene changes and beats that have idiosyncratic sound bites are often jokes themselves, such as the Seinfeld theme song. And I haven’t even mentioned the soundtrack, for which Beck did exclusive work for, or how perfect it is to hear those few seconds of Broken Social Scene’s ‘Anthems for a Seventeen-Year-Old’.

The film looks like no other – I don’t know of any other film based on a comic book film that is so faithful to its source, even using boxes and occasional scans from the books. The attention-to-detail is very apparent in the background, such as Beck’s latest album Modern Guilt sticking out on the rack and the subtle numbering shown on each evil ex. The style is dynamic, and they certainly dress like the hipsters the film is mocking (a cue for the ‘zero’ t-shirt made famous by The Smashing Pumpkins).

The film runs like no other – even Wright’s previous films (Shaun of the Dead and Hot Fuzz) seem slow in comparison, and the rapid pace only accelerates the viewer’s heartbeat, like a sugar overdose that won’t damage your heart (literally, although maybe metaphorically). The self-awareness means that one of the funniest moments comes when Scott Pilgrim stops to tie his shoe laces.

The film puns like no other – “You once were a ve-gone, and now you will be gone.” “You may be bi-curious, but I’m bi-furious.”

The cast is just as expertly constructed as the soundtrack. It features perennial Nick Chen favourites who I’ve raved about in previous reviews for this website, such as Jason Schwartzman, Anna Kendrick, Aubrey Plaza and Macaulay Culkin’s brother who I always forget the name of. As for the lead, I think Michael Cera is perfect for the role. There have been a few articles suggesting the film’s disappointing box office opening was due to Cera repeatedly playing ‘the same character’. While there is some truth to that, Arrested Development isn’t a film (yet), not many people other than I saw Paper Heart and Nick & Norah’s Infinite Playlist, only leaving Superbad and Juno, which were good, anyway. Also, the eponymous protagonist (Scott Pilgrim, not ‘the world’, which is also an important character) is a parody of lazy male hipsters in films. He often groans and sighs, not just when he has a fight, but when he has to get up. He is blinded by 6am, and a few times utters, “Everything sucks.”

One potential problem is that Scott Pilgrim Vs The World could be seen as lacking in heart – the rushed tempo means Scott’s crush on Ramona is extremely unconvincing, which doesn’t change as the film progresses, despite the literal hearts that occasionally appear on the screen. It doesn’t matter because every scene is filled with more joy that you would find in most films, and it doesn’t seem artificial, either. I doubt I will have more fun with any other film this year – I just couldn’t write a review to display this, so made up for quality with quantity.

Vertigo is not the only fear at play. 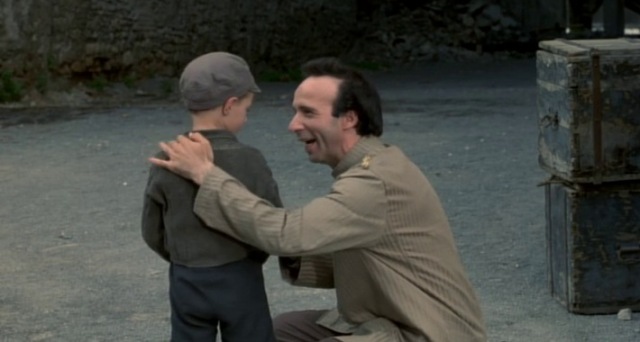 Although some critics have described the father’s success as trivialising the horror that took place, the more accurate criticism should come at the portrayal of such a stupidly gullible child. 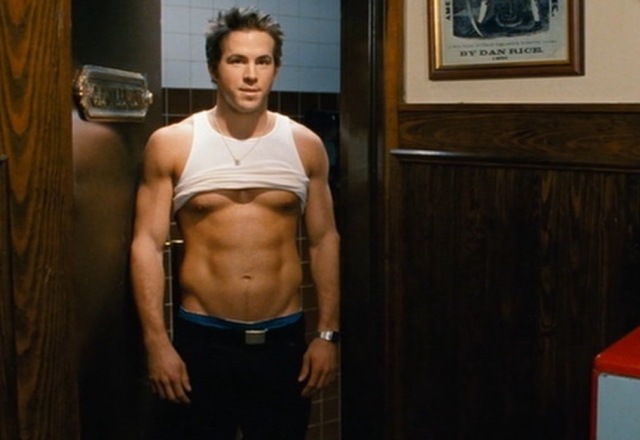 Waiting… is an unfunny, sexist, ageist, immature and homophobic gross-out comedy. It’s also a bit racist. The plot is non-existent, so it’s a bunch of penis jokes for ninety minutes in a restaurant run by dissatisfied workers. It’s easy to predict what will happen, and even easier to predict what won’t happen. 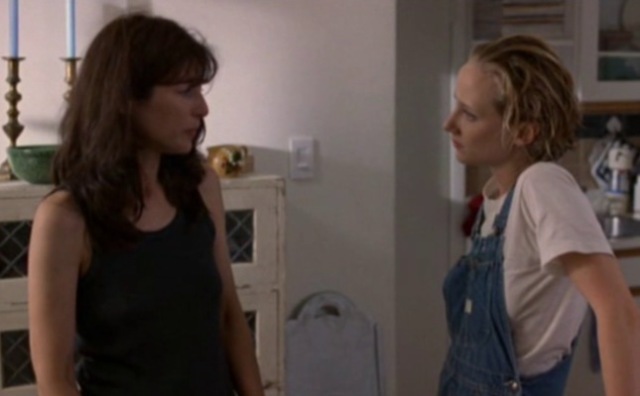 Nicole Holofcener’s debut feature film is carried by smart and witty dialogue that complements the slight plot. The self-centred protagonists, particularly Catherine Keener, wouldn’t be able to attract empathy from a lesser screenplay, but Holofcener injects a realistic spark into their verbal interactions. In addition to being funny, Holofcener leaves subtle touches, like which characters pay attention to each other’s sentences, to reverberate in a pleasant crescendo.