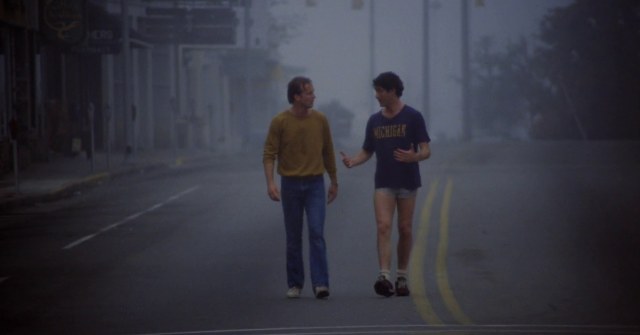 No wonder Alex grew distant from these people.

Before Kanye West released ‘Bound 2’, there was the original Bound, a spirally indoors noir that demonstrates how to do a lot with a little – as opposed to how this review does little with a lot.

Eisenberg’s best characters are fixated with heartbreak. He’s dumped in the opening scene of both The Social Network and Adventureland, and perhaps what Batman V Superman lacked was Lex receiving the “it’s not you, it’s me” patter in a cold open.

It’s this melancholic mood that dominates and sustains Café Society. Sure, Allen is returning to familiar plots and themes – Hollywood, murder, infidelity, the meaningless of life – but it’s utter despair that permeates each scene. Eisenberg, surely the most convincing of Allen’s cyphers, pulls off the sadness with the teenage innocence of, say, The Squid and the Whale, while naturally translating Allen’s garrulous rhythms.

His chemistry with Kristen Stewart only adds to the downcast atmosphere, essentially occurring around the comic hijinks and whatever’s going on with the gangsters. Vittorio Storaro’s cinematography deserves much of this praise; if anything, it looks too good for an Allen movie, distracting from the half-arsed expected from his 21st century work. With the wonderful closing shot, a wordless moment full of regret, Allen leaves the view with the kind of emotional wallop absent from the early funny ones.

My favourite bit is two-thirds through when it’s ambiguous if Carlito has passed the Point of Return – the crucial bit of a screenplay that does what it says. So Carlio’s voiceover clarifies, “There’s a line you cross, you don’t never come back from. Point of no return. Dave crossed it. I’m here with him. That means I am going along for the ride.”

If you’re a filmmaker, Iceland is the place to be. That, conveniently, is the same predicament for Japanese businessman Hirata (Nagase) when the seven-year anniversary of his parents’ death approaches. “You should be less superstitious,” advises an unsupportive work colleague. In a slight reverse of Lose in Translation, Hirata flies to Reykjavik to start a thorny trek through a tough winter. Even the locals are bewildered that anyone would drive in this weather.

“Very strange country,” remarks Hirata on numerous occasions, almost like a frostbitten mantra. Iceland’s breath-taking, spacious scenery dares adventurers to wander in its snowy mountains; Hirata drags his suitcase through sleet and ice as a lone figure, often wondering when he’ll next see another human being. Throughout, he persists for the sake of his parents’ memory – it’s moving if you’re watching in a snowstorm, alone, on the way to honour a dead relative.

Fridriksson’s surreal tone mirrors Hirata’s crumbling thoughts when night approaches; the cold wind blows, hunger sticks a knife in. Even if there’s an element of quirk to everyone he meets (particularly a couple with sock puppets), they rarely stay for long and, in a way, act as obstacles. The silent commitment turns from whimsical into something more substantial as the journey passes through dangerous terrain, setting up a finale gorgeously lit by Icelandic “magic hour”. 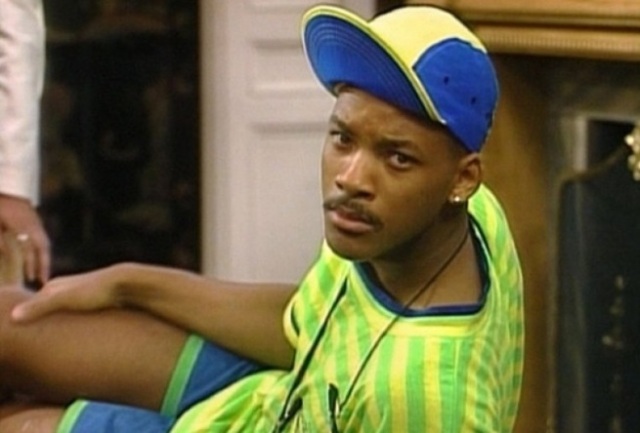 NFL players will watch in horror when they realise how much is still to go. You know how foreign films get remade by Hollywood for audiences who don’t want to read subtitles? Concussion is for those who can’t be bothered to read the original magazine article.

Imagine a French arthouse version of Peep Show, and for argument’s sake, let’s agree it’d be like Dans le maison, Ozon’s acid black comedy about a 16-year-old student encouraged by a teacher to turn another pupil into a creative muse – specifically for a series of writing exercises creating characters of a “normal” family burdened with sadness underneath. To an extent, it might just be that everyone is deeply morose when placed under a novelist’s microscope. Still, the humour comes from the prose voiceover when Claude enters his subject’s home under the guise of being a maths tutor – his every mention of “the world’s most bored woman” is worth a chuckle.

Taking a step back reveals a more complex web of manipulative characters, each more concerned with their own fictionalised creations. The English teacher is hiding his own anxieties, while his wife becomes embroiled with the literature to avoid the stresses of her upcoming art exhibition. Another layer suggests Ozon’s meta punchlines as it’s unclear how much is actually a creative punch-up from Claude – or perhaps Ozon himself. These questions – what makes a captivating storyline? – ultimately don’t go anywhere, but it’s still fun to get lost inside the corridors.

What’s up with the flowers?

Director/Writer: Todd Solondz
Starring: Todd Solondz, Jill Wisoff, Stanley Tucci
“I love the guy. He’s a real card. But his work is entirely derivative. Even the title, Despair – it’s right out of Nabokov.” 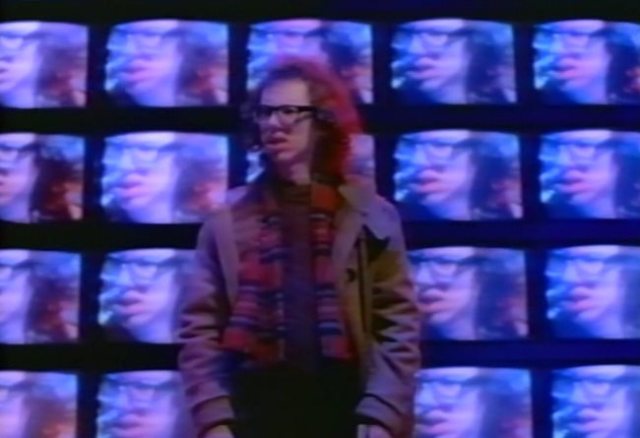 Solondz has disowned his debut feature, even requesting interviewers (and thus readers) to avoid it. It’s like a subpar Woody Allen film from the early 70s, led by Solondz as a neurotic playwright with relationship problems. If Love and Death wasn’t already taken, that could have been the title. As it is, the comedy moves along with momentum, despite its structure of loose vignettes about dating in New York. In Solondz’s lesser work, there’s usually the shock value to fall back on; here, it’s all too safe and derivative.

A genre pastiche from a pro who could elicit dissertations on how Hollywood handles race, gender and voyeurism. That said, after the bravura of the first act’s cat-assisted robbery, the middle section can only slump in comparison, as is the curse of such exercises in style. The finale, whether it has you cursing the screen or lapping up the flavour, really pushes a few buttons in best way. 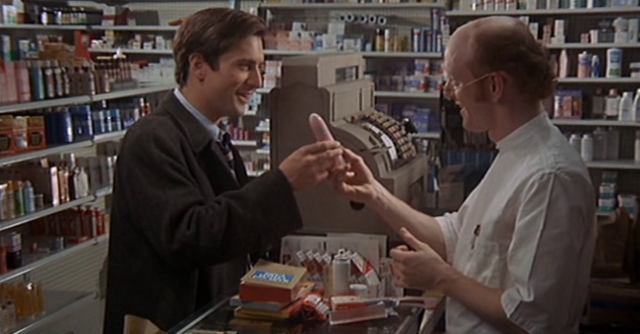 A sort of sequel to Greetings and a sort of prequel to Taxi Driver, De Palma’s anarchic comedy rides high on the flexibility of De Niro. Even with his character’s stints as a pornographer and urban guerrilla, he and the film can’t escape the shadow of a scabrous subplot of theatre show promising the “black experience”; the aftermath, somewhat obvious yet brilliant, is a highpoint the third act can’t top.

Despite an all-star cast (and also Travis Fimmel), Miller’s convoluted “remarriage” comedy is a 1940s screwball storyline with a 21st century Sundance sensibility. Not only do the overly wordy jokes fall flat, Gerwig lacks chemistry with Hawke: it’s a slam-dunk that misses the basket.

Journalism in the 21st century: both characters would be bloggers.

Pete’s Dragon sounds like a horrible proposition: another Disney remake scraping the barrel for source material. Even worse, it’s helmed by David Lowery, the writer-director of sub-Malick snoozeathon Ain’t Them Bodies Saints. But I was wrong. And if you haven’t seen Pete’s Dragon yet, you’re wrong too.

From the get-go, Lowery’s joyous fantasy invokes bona fide awe and childhood wonder. Forget the prick-teasing of Godzilla; we meet the fire-breathing monster before the opening credits. The furriest dragon to terrorise our screens, Elliot is cuddly and playful, like a fuzzy green sofa that soars and returns affection. He doesn’t talk or sing “The Dragon Necessities”; he just exists.

The minimal premise could be described as The Jungle Book without the annoying bits. Whereas Jon Favreau followed the Disney template with tracing paper, Lowery maintains his indie credentials with a slow-moving buddy drama that soaks in the atmosphere and isn’t weighed down by fan service. If anything, the longing between Pete and Elliot echoes the arc of Saints – except, ironically, it’s Lowery’s dragon movie that’s more human.

To their credit, The Lonely Island have always kept their songs under three minutes. No “Hey Jude” sing-alongs, and the SNL digishorts don’t outstay their welcome. So a feature-length mockumentary is a curious proposition that’s dense, exhausting and ultimately too one-note to sustain interest. By satirising modern music docs, Popstar falls into similar traps of not having much to say or sing – but kudos for sticking Mike Birbiglia in a wig.

The life of a CCTV operator lends itself to dramatic opportunities ranging from Atom Egoyan-style thrillers to The Day Today parody. Arnold’s take is eerier more mysterious. Jackie (Dickie) roams around the Red Road Flats via the streets cameras, eventually fixating upon a recently released convict. Her slow realisation and even slower Columbo work is edge-of-seat stuff, especially a house party midway that turns from fearful voyeurism to grinding on some D.

Nick Kroll should voice villains for Pixar. Speaking of which, the animation does an impressive job of emulating the Disney look, but most importantly, its efficiency cuts out the superfluous Apatow-style improvisations. I’m so tired.

A boring build-up of backstory that’s lopsided towards the human component (is the shark’s family life revealed on the DVD extras?) takes up the shallow film’s first half, meaning the real meat doesn’t come until 40 minutes from the end. And from there, it’s a major let down: even though it’s all horrible CGI, the drunk dude’s death is kept off-screen as if it’d be bad taste. What the hell is this film?

Nicolas Cage may be on overdrive in a trashy, conspiracy-fuelled boxing thriller, but Snake Eyes is always watchable for De Palma’s visual flourishes. Although Koepp also wrote Carlito’s Way, the story and its twist – particularly the early revelation of the bad guys – is character-focused and perhaps more suited to a more dialogue-driven director. Still, there’s a Vertigo wig, surveillance shots and shootouts for De Palma to showcase his magic.

Before Don Draper emptied his picnic in the park, there was The Sound of Music…

There’s a debate about what constitutes “best” or “favourite” whenever a ranking list comes out. With Suicide Squad, I propose a hypothetical conversation (don’t @ me) about what distinguishes “bad” from “boring”. Suicide Squad, supposedly written by Ayer in six weeks, is never dull. It’s also never half-decent, let alone good.

The film is so bloated and haphazardly edited, it resembles a fan compilation edited to YouTube. This would explain the adolescent soundtrack (“Without Me”, “Seven Nation Army”) and the obsession with Margot Robbie’s butt, but(t) it’s actually Ayer’s direction. Who’s to blame? Minutes after negative reviews flooded the internet, Ayer responded on Twitter with a Zapata quote – he had to explain it because no one understood what he meant. 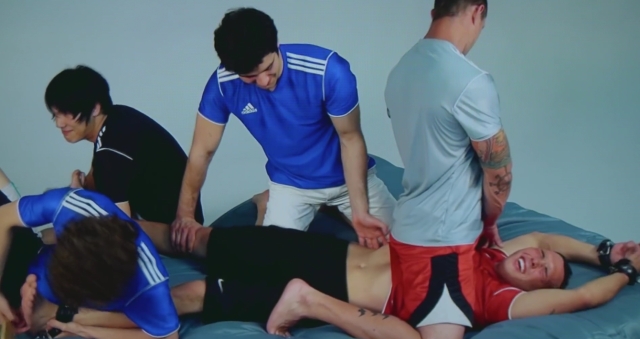 Here’s my interview with David.

A comedy without any jokes, apart from confusing the Lacoste symbol for an alligator.

In terms of ridiculous Sandra Bullock films, this doesn’t touch All About Steve, nor does it rank in the top five. Yet this coma-driven romcom is knowingly – I hope, at least – ridiculous and has some fun. In short: Bullock pretends to be a stranger’s fiancée after he is knocked out unconscious; she lies to his family, and then falls in love with the brother. At the same time, she rambles about having a cat and something about life not being worth living. It isn’t, so kudos for that.