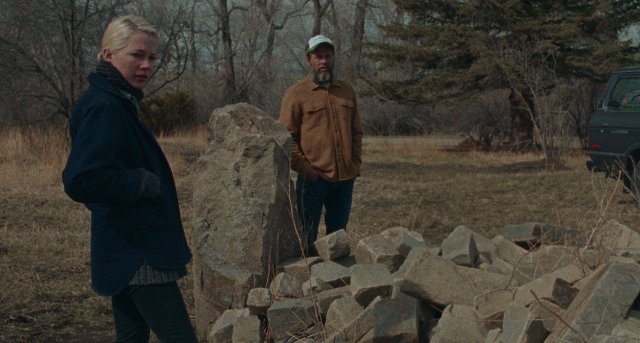 Imagine a Lars von Trier film (one of the longer ones) drained of any irony and humour. Add in some Bible quotes and you’ve got Brimstone, a gritty western doubling as a non-chronological series of bad events happening to women. Though it’s possible to mangle a feminist argument for the core female survival story, Koolhoven, working from his own script, has precious little to say, and the resultant slog takes perverse delight in framing the violence for pleasure. It stars a woman but is clearly a man’s film.

Brimstone very repetitively makes its point that Liz (Fanning) is unfortunate to be born into a misogynistic world (bad luck also means she loses her tongue, gets raped, and is later chased on horseback by a murderous Reverend). The dialogue (“As life progresses, images blur. All that remains are memories.”) is almost as preposterous as the unjustified running time. Most of all, it’s painfully dull and heavy-handed; a chapter title reads “REDEMPTION”, when really it should say “MISTAKE”.

A key image in Kelly Reichardt’s three-part drama is of women driving in cars alone with their thoughts. Sometimes the silence is ruined by a man not even in the vehicle. On one cruise, a character sits in quiet contemplation, then steers away from the road into a fence. In another scene, a duo ride a horse to a parked car. There is, in other words, a metaphor at play, and it exists in everyday life as well – but it’s a detail only a filmmaker like Reichardt can capture.

The three sections of Certain Women are adapted from short stories by Maile Meloy, and their link, aside from the protagonists’ gender, is hard to pinpoint. Not that it matters too much. In the opener, Laura Dern plays the lawyer of a useless client who trusts men more than women; she, of course, rocks it without raising her voice. The second story, with Williams buying a rare stone, feels a bit superfluous.

It’s the final chapter – not coincidentally the longest and saved for last – that really resonates. Despite the film’s advertising, it’s a story that belongs to Lily Gladstone as Jamie, a lonely ranch hand who wanders into a law class taught by Beth – the K-Stew character of the poster – and develops a burning crush. Raw emotions simmer through the night and heartbreak is in the air; when Jamie has the change to say something, it remains a quiet film.

Shocking, thrilling, thought-provoking… and also funny in a way that’s hard to explain. Huppert and Verhoeven make such an excellent pair, I’m surprised it took so long. With the cat metaphor, Christmas party and Huppert take on emotion trauma, it rhymes a surprising amount with Hansen-Løve’s Things to Come. Sort of.

Ozon, as unpredictable as ever, turns in a gorgeous black-and-white period drama full of twists and romantic turns. The story, based on a 1930 play, is borderline ludicrous when spelled out, but in that way, along with thematic overlaps, it compares to Christian Petzold’s Phoenix – a post-war story of constructing a new identity out of guilt. Interestingly, Lubitsch adapted the same theatre piece into Broken Lullaby. However, with Beer and Niney excellent as existentially lost leads, Franz certainly has the Ozon touch. 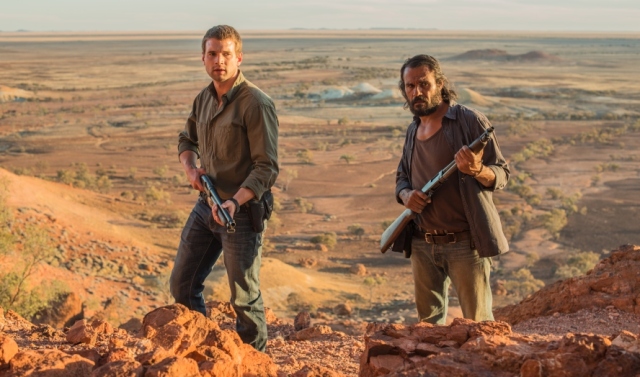 Ivan Sen’s unexpected sequel to Mystery Road is a crime-thriller about asking questions to avoid having to answer any. The vibe is thus of Pedersen as a broody man escaping his own troubles by burrowing into someone else’s. It’s more of the same, if you’ve seen Mystery Road, except there’s a people-trafficking storyline with near-silent Asian women waiting to be saved. Well, at least Sen has finally worked out how to do shootouts.

Interesting… and also kinda not?

Pretty great. More thoughts to follow when my interview with Barry goes online with the UK release.

A phenomenal success in Japan, Shinkai’s perplexing anime is a body swap comedy with its own jarring midpoint transformation into… well, that would be giving it away. For everything positive – like the animation or the first half – there’s something equally negative – like the emo pop song or the second half. More oversentimental than truly cosmic.