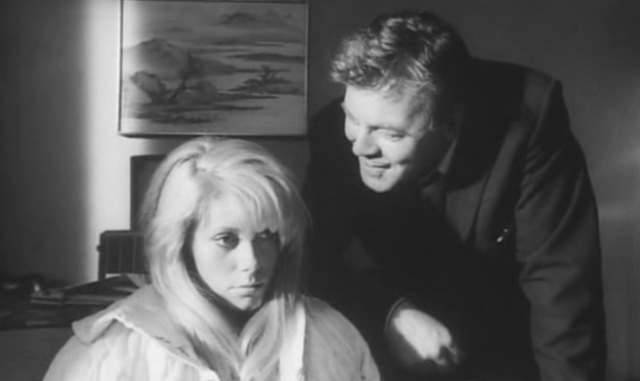 This volume, the average rating is 6.62/10, and the film of the fortnight is Repulsion. Follow @halfacanyon for more.

In the second film Allen directed, his cut/paste editing mirrors the sketchy script in a satisfying way. Bananas is highly watchable because of its rapid pace and the guarantee there will be another joke within three seconds, but it hasn’t dated particularly well. It’s not that the gags aren’t funny, but some have become unbearable clichéd since 1971, such as the dream sequence when it is revealed that there is a harp player hiding inside the closet. 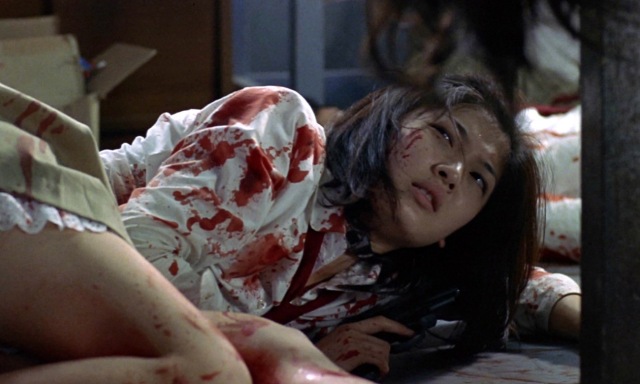 If this is true, then there is something deeply wrong with the Japanese education system. 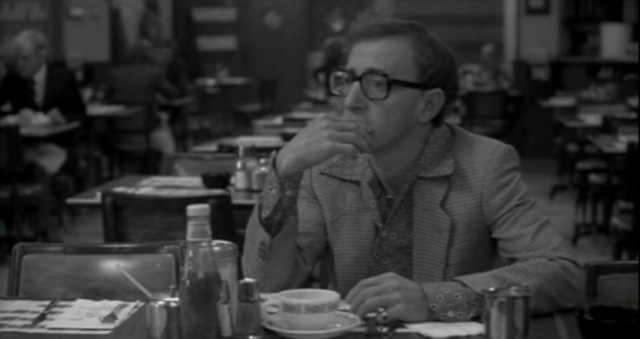 A companion piece to Manhattan – the black-and-white cinematography, the classic Woody Allen character (still being played by Woody Allen), an emphasis on running musical themes, and a final chase through the streets of Manhattan after a girl. I’m so tired at the moment 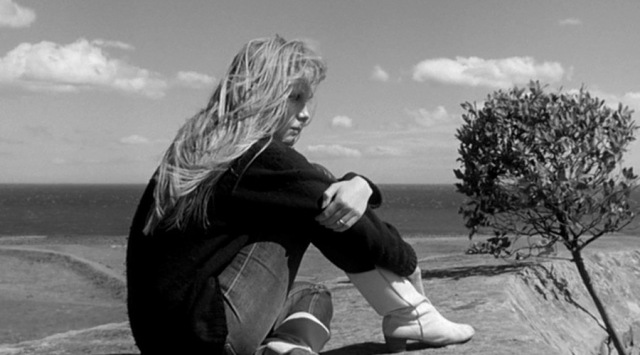 After Hours with aliens and not as good. Stays true to the title, though – it isn’t a peninsula with the curtains wide open. 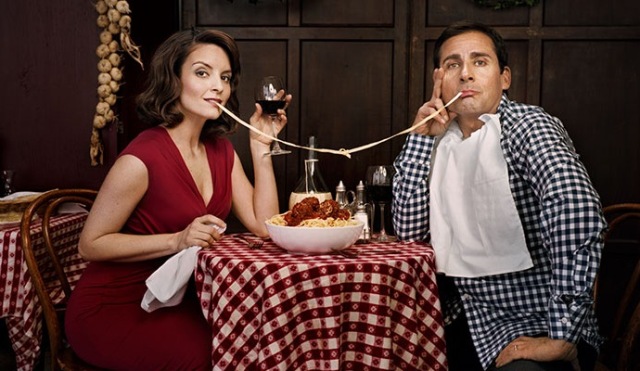 Date Night features some hilarious exposition: “Hang on, explain to me exactly what is going on again? From the beginning?” It’s a shame that Tina Fey and Steve Carrell, two dynamic improvisers of comedy, have been given such a weak script to work with. And they do work it until they feel tired, and not just physically. 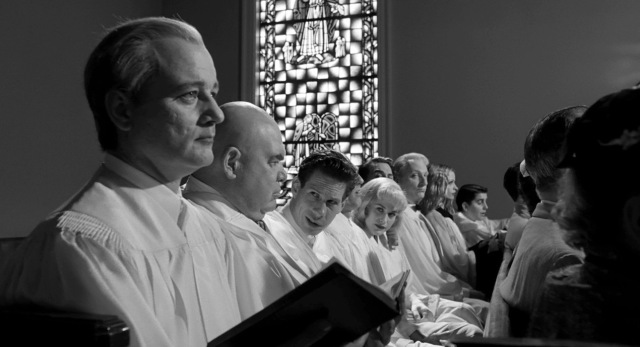 In Tim Burton’s rewritten version of history, Orson Welles has one piece of advice for Ed Wood: “Why spend a lifetime making someone else’s dream?” This is precisely what Burton does by portraying Wood sympathetically. Less emphasis is placed on the critics, but upon Wood’s young-eyed optimism, brilliantly attuned by a buoyant Johnny Depp.

In an alternate universe, my alternate self is reviewing Tim Burton, a biopic directed by Ed Wood. When Burton films Edward Scissorhands, Johnny Deep is played by Wood in order to save money. Think about it. 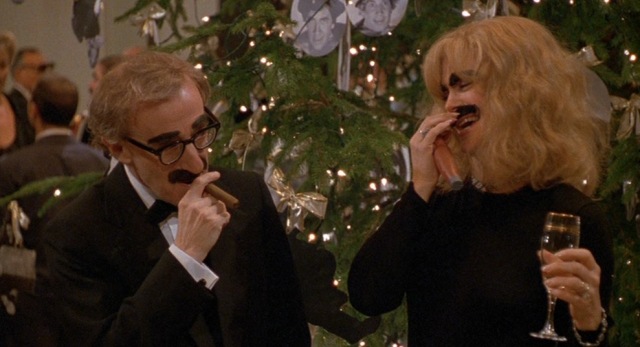 Also known as Woody Allen’s only musical. The fantastic element of a romantic-comedy musical allows Allen to have more fun in his dialogue than most of his films from the decade – the young narrator gleefully glosses over her family’s middle-class wealth in a wry act of self-awareness from Allen, whose character’s ‘perfection’ when performing in bed with Julia Roberts is a reminder to the audience of who casts and writes the scripts.

One problem arises from the question of how committed Allen is to the musical format – Alda is interrupted and asked why he s singing, and at one point there is even a voiceover that speaks over one of the songs. Nevertheless, this ensemble comedy is a self-celebration of Allen’s abilities to insert wit into the simplest of plots that become his own, and finishes with a tribute to the Marx Brothers, suggesting he isn’t forgetting his comedic roots after all. 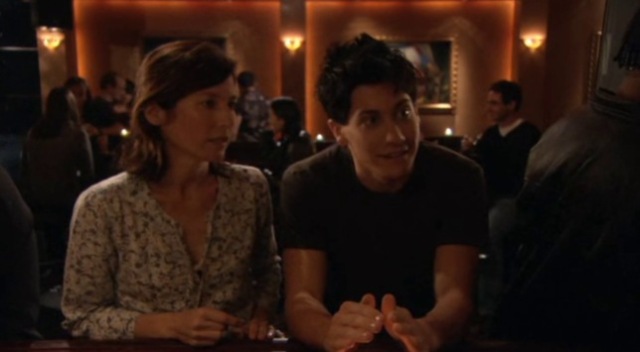 Nicole Holofcener’s screenplay is zippy. The zip goes up and down with terrible music in the background. 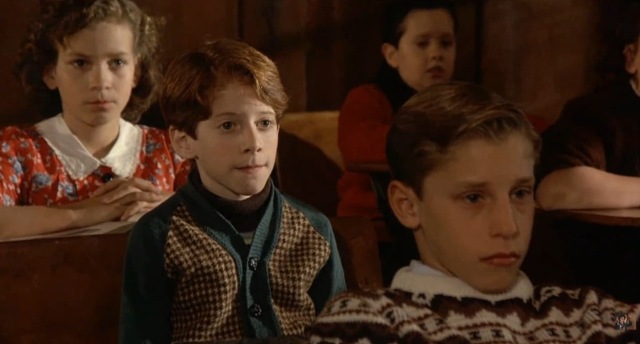 This nostalgic coming-of-age story is rather like the second scene of Annie Hall, but extended into an entire film, which isn’t a bad thing at all. 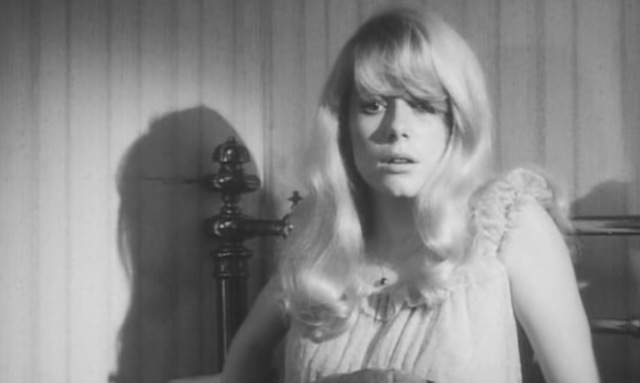 In Polanski’s surreal horror, the viewer is introduced to a close-up of Catherine Deneuve’s eye, which is a miraculously haunting image – what is going on? From then on, every scene behaves impeccably. Each subtle chill is a dagger stroking the hairs of your back, immortalised by a shrieking jazz score, and lighting is affected by mood and the occasional sofa falling onto the screen.

It covers a loneliness cured only by the company of fear, and your mind sees hands in the wall, reaching for you, and you stay away, but the walls are closing in, so the hands become closer, so you calm yourself down by ironing your clothes, because it always relaxes you when something stressful happens, like walls closing in with hands reaching out menacingly towards you while a chilling jazz score plays, the drums kick in, the snare, the snare, and you realise that the iron hasn’t plugged in, so not only has it failed to cut down your terror, but your clothes will have as many wrinkles as the skin on those dead hands reaching towards you.

And it grabs you, you’re grabbed, and there’s no way out.

My three biggest phobias: Rats, undead children, and finding out it was all a dream. 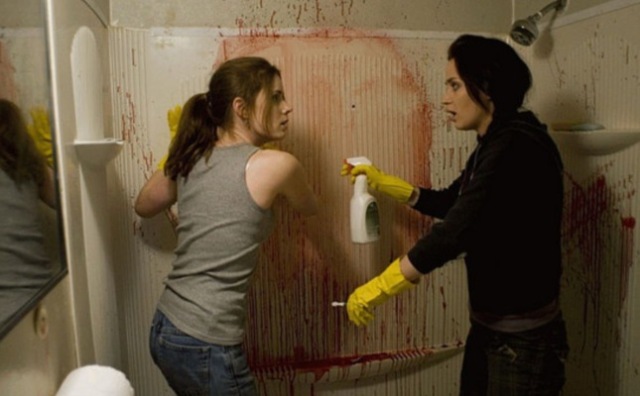 Amy Adams and Emily Blunt start a business cleaning murder scenes, but this is just a sideways quirk for a rather aimless film. The writer inserts a few overused set pieces like the friendly outsider and overblown sisterly arguments, and it all feels hastily shoved together. Towards the end, memory flashbacks appear of their mother committing suicide when they were a child, as if the writer was making a final attempt to add depth. Well, the wrong hole was dug. 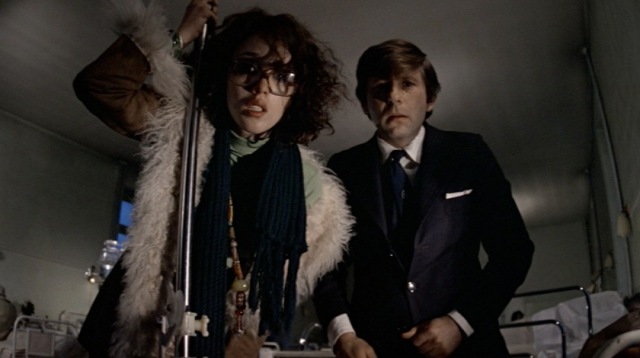 A man moves into an apartment, but the neighbours complain about the noise. Only Polanski could make this so utterly compelling. Except he doesn’t. 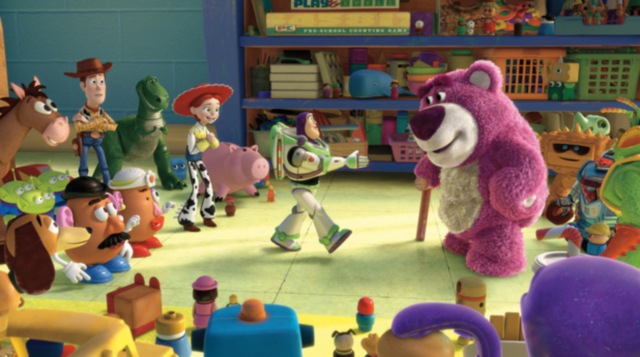 Michael Arndt not only has an interesting surname, but, at the moment, he has only two screenplays produced: Little Miss Sunshine and Toy Story 3. What a guy.

Toy Story 3 is unexpectedly better than its predecessors, despite reusing a plot and themes from the superb Toy Story 2. Every minute is a joy. There are surreally hilarious moments like Mr Tortilla Head and, best of all, it has a really fucked up ending – I genuinely thought they were going to die, and, absurdly, it would have been a distortedly positive ending if they were killed off, holding hands to prove friendship lasts forever. Except it doesn’t, as proven by Andy driving off.

The issue many magazines and newspaper articles have brought up is the question of why so many adults are crying at the end. My theory: Toy Story 3 is a film about growing really old – not growing up, but growing old. What if the toys represent Andy’s metaphorical parents? Only Andy’s mother is ever seen, so perhaps Woody is the closest thing Andy has to a father? So, really, Toy Story 3 is about what the parents do when the child moves out – they’re no longer needed and are eventually sent to a care home where they are bossed around by an evil teddy bear or a man with a beard. Eventually, you die of old age and your corpse is thrown into an incinerator. A big claw drags your soul up to heaven – a beautiful place where everything is like your younger years (or Toy Story 1) but slightly different.

Also, Toy Story 3 really reminded me that there’s a lot of junk in my bedroom I’ve been meaning to throw away, although I might replace my teddy bear just to see what happens at the local daycare centre. 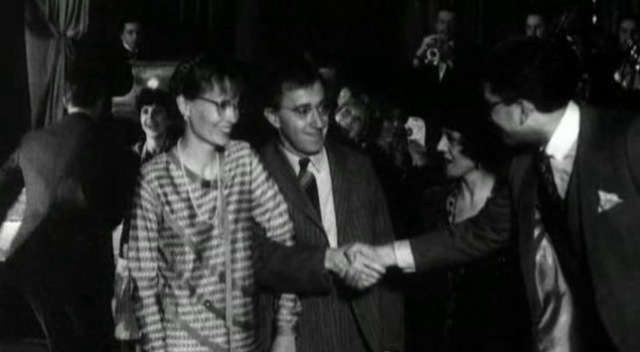 This mockumentary about a man who changes shape is fascinating in how it changes shape in itself – first a wacky series of quick-fire gags, slowly into melancholy, diving into social satire, walking towards romance, before returning to slapstick and quick-fire gags. There are moments of pure brilliance such as The Changing Man, the film within the film, and it a marvel how well executed the whole project is. As Zelig himself says: “I love baseball. You know, it doesn’t have to mean anything. It’s just very beautiful to watch.”