Let us go then, John Krasinski and I, when the plot is spread out across America like any indie road trip film, etherised upon a table; let us go through certain half-amusing scenes, the muttering retreats of inconsequential characters in one-joke homes to lead you to an overwhelming question… Oh, do not ask, “What is it?” Just don’t necessarily make a visit. 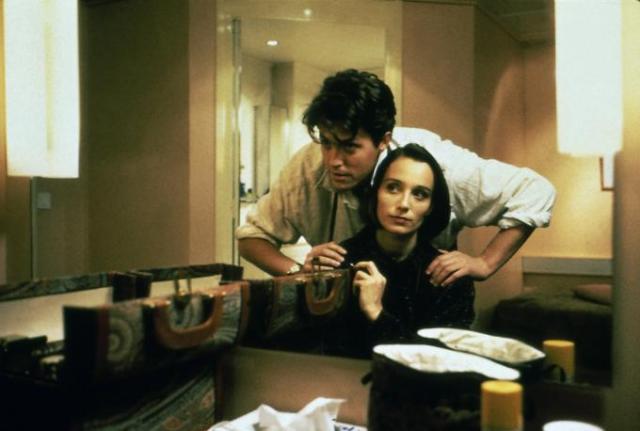 Quite frankly, terrible, but also hilarious, if not just for the bizarre plot of a man in a wheelchair dictating his sexual history to Hugh Grant, but mostly for Hugh Grant’s facial reactions over the film’s two hours. Strangely compelling and unwatchable at the same time – a bit like the actual moon.

The world’s most dangerous terrorist fixes air conditioning. Gilliam’s dystopia is like your dystopia, only better.

An entertaining horror comedy, but it just doesn’t compare to the Evil Dead series, which are unrivalled in ‘cinematic awesomeness’ (not my term, I heard it on a train). Raimi understands his audience, so he doesn’t try too hard to form a developed plot, and instead creates a series of amusing set pieces. And you get to see Alison Lohman dragged to hell, which is always fun to watch.

Aside from a few unforgettable scenes, I’m not sure there’s much substance to The Fearless Vampire Killers, although you probably guessed that from the title. Neither a horror nor a comedy, it’s too farcical to be a horror, yet there are few jokes.

Luckily, the memorable moments are very memorable: Polanski’s amusing yelps, an escape scene involving using a coffin as a toboggan, and a five minute dance involving a hundred people in a room that ends when a mirror reflection only shows three people, thus indicating that everyone is a vampire. So it’s worth checking the mirror now and then, not just to make sure you haven’t smeared any mascara all over your pretty face.

Fish Tank is very much like looking at a fish tank: you see a fish tank that is very much like every other British realist fish tank being released every year at cinemas. Apparently, the main actress was picked for the role when she was spotted having an argument with her boyfriend at a train station.

Carrell and Hathaway make this ‘trash’ extremely watchable without being particularly clever, funny or exciting. Hollywood moves in strange ways, with a few unnecessary explosions.

Every parent’s nightmare: Emile Hirsch will desert you. It’s to Sean Penn’s credit that a film based on one man’s isolation, and thus a lack of dialogue, can be so moving and captivating over 148 minutes. There are tricks, such as Jena Malone’s voiceovers and Hirsch making new friends along the way, but I think it’s down to something else: the idea of changing your name and running away to live without money is a fantasy many people have but would never considering trying out, yet the audience can be Hirsch for 148 minutes.

I’m not sure how to criticise this film without using the word ‘boring’ (film critics aren’t meant to use that word, even though I’m not really a film critic) or ‘vacuous’ (it’s set in L.A.) to describe it, but it’s probably more that I’m too boring and vacuous to ever enjoy this type of film. 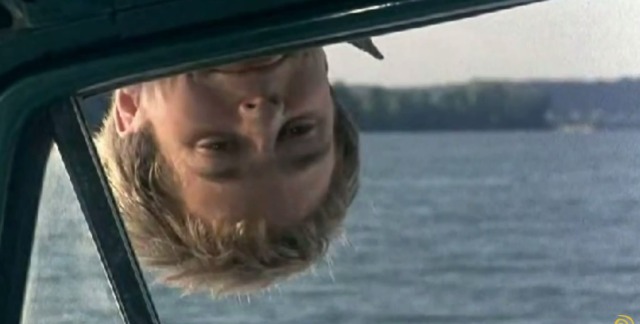 The best film about a lawnmowerer I have ever seen. A better examination of class struggle in suburban America than the first series of Weeds, that episode of The Simpsons where Marge keeps updating a dress for an exclusive club, and what Jane Austen would have done if she was American. And still alive.

There is a real ‘love conquers all’ motif that passes the hard task of not seeming comically unbelievable, and that is down to a sharp script with sharp direction. Sharp.

A story of a two children coping with their parents’ divorce, and each of the main characters are human (apart from the cat), so don’t let the title mislead you, if you decided to watch this film after enjoying Snakes on a Place.

There’s nothing that compares to the likes of Pulp Fiction or Kill Bill, and perhaps it should be left for a rainy day. That is, if it is raining bullets or Christian Slaters (although I would never joke about the weather, even if it is raining clowns).

I’m not ageist, but I really dislike children and old people. Especially in animated form.

Whatever Works isn’t necessarily a return to form for Woody Allen, but I found it to be his most enjoyable film since 1993’s Manhattan Murder Mystery. So it is strange to say that isn’t a ‘return to form’, but it doesn’t compare with his classics from the 1970’s. And, fittingly, this is a discarded script that was written in the 1970’s. Larry David takes the traditional Woody Allen role and it feels like a surreal episode of Curb Your Enthusiasm that involves Evan Rachel Wood as a runaway Southern girl who appears out of nowhere without any depth to her character. In fact, none of the supporting characters have any depth, and it feels underwritten and inconsequential, especially with the blasé happy ending and scenes that don’t involve Larry David.

However, this is from Allen’s golden era – yes, the era that brought Annie Hall, Play It Again Sam and Manhattan, and everything from these few years brims with brilliance (although I haven’t seen Interiors yet); despite its flaws, Whatever Works is hugely entertaining and is very funny, particularly in the opening thirty minutes. So, Whatever Works works.

I watched this the same day as The Squid and the Whale, so it felt a bit weird watching Eisenberg killing zombies.